90% of the leaders I have coached over the past 20 years are women.There is one reason that some get labeled as bitchy. Learn what it is and 7 strategies to change that negative perception.

No one likes being called a bitch. It’s insulting and demeaning. Worse yet is getting a negative reputation for just doing your job. At work, women leaders sometimes have this problem to the extreme — especially if they do their job very well. Instead of being lauded as a high-achiever or considered for a promotion when they take charge and push people to create results, the opposite can occur. They get labeled a “bitchy boss.” Are you that person? The leader who is a results, action oriented, confident women? If so, this article is for you. 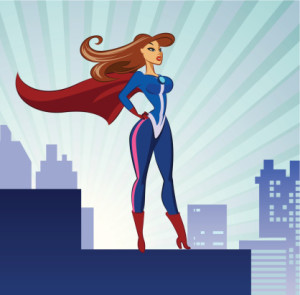 Why are women leaders called bitchy? 90% of my executive coaching clients over the past 20 years have been women, while my business partner gets 90% men. He jokes with me that he must be doing something wrong! Whatever the case, women are the ones that I work most with. What I have found over the years is that the reason they are called bitchy or some version of that, by their team or colleagues, comes down to one thing: the perception of being “too” assertive. Yes, being called bitchy can also be a way for employees to undermine a women leader they don’t like or are jealous of. After all, women are traditionally defined as being nurturers and relationship builders so calling them a bitch attacks them at their core. It creates the story that they are not a real women, but a negative, insensitive version of a woman.

What is too assertive? Technically, it is when assertiveness (asking for what you want/need) becomes aggressive (asking in a way that others feel intruded upon or emotionally/physically hurt). The challenge is that the line between assertiveness and aggressiveness is partially based on perception of the receiver of the request. Perceived aggressiveness can be anything from tone of voice, word choice, body stance, personality, attitudes and experiences all play into it.

Audrey Sloofman, PeopleNRG Senior Executive Team Consultant and expert on Women in Leadership, puts it this way: “We still have mixed cultural mental models in organizations about women in power roles. Some age groups grew up with no female voices of authority, like on TV doing the news or as executives and CEO’s. The result is employees (men and women) who don’t know how to make sense of women in charge at work. Younger generations are having different experiences and breaking those models. Until enough generations see women in power as the norm, we will have some confusion, struggle and name calling.” McKinsey & company, trusted advisor to many of the world’s leading businesses, governments,
and institutions agrees. They found in a 2012 study that embedded mindsets of cultural norms is the biggest barrier to women leaders.

And yet the view of what makes an effective leader has also changed over the years. A 2014 study by Ketchum Leadership Communication Monitor (KLCM) research study found that open, transparent communication is rated as more important by professionals than it was in the past.

So then, what can women leaders do, in a role that by definition requires assertiveness, and a world that wants open sensitive communication, to change negative perceptions?

Here’s what to do:

1. Make feedback a personal matter. While there is much conjecture about Jill Abramson’s dismissal as editor of the NY Times recently, the publisher Arthur Sulzberger Jr. did say publically that it was related to “the public mistreatment of colleagues.” A leader I coached had a similar challenge. Carrie was asked to get coaching because her team wrote a letter to HR saying that she was terrorizing them and needed to be removed. She was shocked. After interviewing her team, what I discovered was it all came down to the fact that her feedback being perceived as overly aggressive. Her team worked in an open cubicle space. To be efficient she would pop into the cubicle and give feedback right there. In essence, she was giving her team feedback, in public. Employees were offended, hurt and embarrassed because they knew others could hear. They felt that constructive feedback was very personal and should only be shared in private, so their peers wouldn’t hear it. She had no idea. A short conversation with her enabled her to understand what was happening so she could change her approach. Soon after, her reputation changed 180º degrees and her employees saw her as caring and a boss who looked out for their good.

2. Try Side to Side. In addition to location, body position is also important to consider when giving feedback. Have you ever noticed that men do things side by side? For example, watching sports they are sitting side by side; sitting a bar side by side; playing golf they are walking down the course side to side. Women, on the other hand are more often meeting to talk around a table: meeting for tea; a book club discussion; getting together for a meal, face to face. Deborah Tannen, noted expert on cross gender communication, explains that from childhood, girls sit closer and face each other while boys sit further apart and look away. So to reduce the impression that you are overly aggressive, you might try sitting side to side with a man when discussing touchy subjects and not looking at him directly. Sometimes intense direct eye contact can be perceived as challenging, judgmental or aggressive. When you make eye contact soften your gaze so your expression is welcoming and open.

3. Smile and say hello. Jennifer, a women executive in charge of a team of about 80 people was on the verge of a racial discrimination allegation being formally filed. I was asked to have a departmental teambuilding retreat to ease tension and address the underlying issues. When we dug into it and interviewed her team, what we discovered was a small thing that was creating a big problem.

It turned out that she was so task oriented that when she walked in first thing in the morning, she charged through her department, head down, right to her office, She never said hello to anyone along the way and people felt like she didn’t care about them. She thought she was being respectful by not interrupting everyone everyday with a smile and a hello. They wanted some connection. It might seem like a small thing. The result of this behavior had accumulated over time, combined with her general task focus at work, into a reputation as being, well, a bitch.

Sometimes it’s these seemingly “minor” details that create a big tsunami of bad feelings in a team. In this case her reputation then escalated from a minor miscommunication into a racial discrimination allegation. The team building event changed everything. She worked alongside others on the team. They were shocked to see her kick back and relax. So then they relaxed and a spontaneous conversation unfolded about saying hello in the morning. She got it. The discrimination suit was never filed. Her team was happy.

4. Know when to fight. Susan, the new leader of a technology group, was a hard driving doer. After a few months her team had disengaged. Susan was under pressure as the new leader to drive performance to the next level, but couldn’t. She asked me for help. Her team was too professional to tell me she was a bitch, but they were clear that she was “too aggressive.”

Without realizing it, her fast moving, winning focused approach had left her team reluctant to contribute. Whenever a new idea emerged from the team, she would debate it and try to win by taking their idea and making it better. The result was they felt insulted and micromanaged. They weren’t stepping up and getting involved because they didn’t want to be attacked. Susan learned from this when it was important enough to fight to improve an idea, and when it was better to have her team’s idea be the ‘winning’ idea. This created a more collaborative environment. Soon after these changes, she was promoted to run 4 departments.

5. Share your heart. I know. This sounds so feminine. And soft. But you know what? Opening up to your team connects you as human beings. And builds trust. For example, a key turning point for Susan (the leader from the example above) was when she apologized to her team in a team meeting I was facilitating. I was personally moved when she spoke from her heart about how much she cared about her team, and was driven to make the team and everyone in it a success. Unfortunately, she said, sometimes she took it too far and pushed everyone, including herself, too hard. After this disclosure, everything changed for the better. So don’t be afraid, in the privacy of your team, to open up and let them know what drives you and what makes you who you are. You will be surprised how it will turn around perceptions.

6. Don’t Overcompensate. Audrey was coaching a women named Paula who was the only women on the management team in an engineering company. Her complaint was that she was being minimized and not being listened to. It turned out, that Paula was doing what we have seen many other women leaders do. She was overcompensating for the male culture. Knowing that the men were heard by being loud and overpowering each other’s ideas, so she would do the same. This didn’t fit the men’s view of her. And it didn’t fit her view of herself. It just didn’t fly. Instead, she learned to ask a lot of questions, understand their point of view first – and then present her ideas – considering their needs and position. This doesn’t mean coddling your male colleagues. Rather, it’s about showing that you value other people’s point of view when presenting your own. Approaching each conversation with sensitivity enabled Paula to come across professional and strong, and get her views heard and included.

7. Use the Ed Koch Approach. If you are not from New York or under 40 years old you may not remember Ed Koch, former Mayor of New York. He would walk through the streets saying, “How am I doing?” waiting for feedback from the people. All of the examples above used the Ed Koch Approach, but after the situation became a problem. It is far more effective to use the Ed Koch Approach before there is an issue, on an ongoing basis, creating an ongoing dialogue about how to be a better leader. For example, one women leader I coached was leading a business critical project. There were no problems. She just wanted to make sure everything was optimized. So she had me ask her team how, if at all, they could improve. It turned out that her they felt she was a bit over talkative. With this new information she was able to make minor adjustments, talk less, and ask more questions. This increased morale and productivity. Thank you Ed Koch!

I know all of these strategies work. I have seen it personally. Yet none of these strategies are one-shot deals. They are strategies you need to integrate into your style, with regularity. Then you will have the opportunity to break down the barriers and change the perception from bitchy boss to bitchin’ boss!

If you work for a Bitchy Boss, send their email to [email protected] and I will forward article to them anonymously.
[