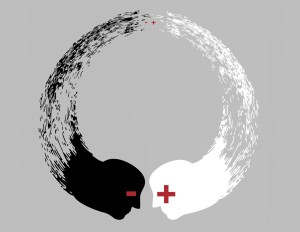 Managing conflict is difficult enough, but when you add important aspects of diversity such as race, gender, sexual orientation, age, culture and others it can get even more complicated.

When there is similarity between 2 people, even if the conflict is strong, we have a good chance to resolve the conflict successfully. However when we are different, it gets complicated.

Amounts of organizational power are based on the groups we belong to. A simple example is level in the hierarchy. We have likely all been supervised by someone and know how careful we need to be when differences of opinions or strong feelings occur. We might not even raise an important issue due to a concern that our manager won’t understand us or will even punish us in some way for raising the issue. This is because they have more power than us.

This may also be the case if I am from a different culture or ethnic group than most people in the organization. Or even a different sexual orientation. When engaging the conflict, I might not want to “rock the boat”, especially if I am trying to fit in to a group as the only person like me.

How do we reduce Power Differences?

Many executives report that they wish they would get more push back from their staff. They would like to be challenged and disagreed with. They purport to have “open door policies” and believe they are creating open climates where disagreements can be aired freely. Yet very few staff take them up on the offer. These leaders are either unaware of or unable to change the dynamic.

Our power can blind us. Thus the challenge in managing conflict across difference is most significant when we are in the more dominant powerful position. The more power we have (vis a vis our group memberships) the more we need to exhibit the following behaviors:

1. Be Aware of Power Differences. In any conflict situation, look at the group membership differences in the people. Consider race, culture, gender, age, sexual orientation, organizational level, any other difference that has resonance in the organization. Might they be hesitant to speak up or give in? Might they feel superior and listen less? For example, women have to walk a fine line about presenting a different opinion – they could be concerned about perceiving as not team player, too pushy. Men can be blunt and direct, while it might be uncomfortable, it wouldn’t go to a place of me being seen as a pushy – we would be seen as “really upset” or “this must really be important”

2. Consider the impact of bias. Ask yourself what biases might I hold that will affect my behavior? For example, is it OK when a man pushes back but not a women? Do I expect employees to just follow what I say because I am the boss? Then consider how this might impact the outcome of the conflict.

3. Work hard to build a relationship that will make it easier to discuss tough issues. Build relationships across difference by being genuinely interested in people that are different from me. Seek them out, inquire about their lives, perspectives and experiences. Take extra time to explore their point of view.