Great Leaders Push Their Teams Through Crucibles of Change 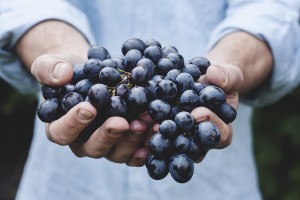 It is a little known fact that the best wine grapes grow in the worst, most inhospitable soil conditions.

How is that possible? Stress. The grapes are under pressure to survive. They are forced to seek nutrients deep in the soil for sustenance and to direct what little water there is for the grapes as opposed to the rest of the plant. Interestingly, surviving through this crucible of sorts helps to shape them into best-of-breed varietals.

The same thing is true for elite teams. They are led by their leaders into the line of the inevitable storms that challenge every organization, and they come out the other side as classic cases of “survival of the fittest.” But they do more than survive– they thrive!

When the tyrant was thrown out, the new leader realized that he had to put people through the real crucible. After 6 months on the job, he asked us to talk people at the top and bottom of the organizational chart to hear the damage that was done and what needed to be fixed. He wanted to have the hard conversations. He wanted to know if he was really doing any better than the tyrant. He wanted to know if their reality was the same as his reality.

What did the lower level people say? “It was hell with the old leader, and now it’s not hell. But we still have a lot of work to do to really turn things around.” Now they are entering the crucible.

The list of to-dos is long, but this leader is rising to the challenge and bringing the organization through, not around, the challenges—hearing people out, listening to the damage and to their aspirations. If they can face it, together, they will come out even stronger.

It’s ironic how average leaders think they can skip the crucible. Leaders often hire us saying how much progress they are making. When you peel back the onion, it is clear that average leaders only see a small part of what’s really going on. They are often busy handling big problems and don’t take the time to listen and seek out the smaller things that are really bothering people. They expect their team to do it. The paradox is that the issues they are delegating may seem small to the leader, but in reality they are actually big problems in disguise. With no one paying attention, they fester into cancers, slowly eating away at morale and margins.

Great leaders bring the team right into the crucible knowing that the high expectations will be lived up to by:

* Sharing the financial challenges with optimism – I had the pleasure this week of hearing the CEO of a Fortune 200 client explain to her managers that the next 3 years were going to be tough. She laid out the numbers, the expenses, the revenue. It is an uphill battle for sure, but she shared it with optimism. In an hour, she spent at least half the time talking about past successes, examples of risk-taking success in the past 3 years, and how “we” would build on this culture to succeed. There was no doubt in the room that the crucible was here and would be hot, but this team was ready for the challenge.

* Changing the game – The CEOs I have done executive coaching with and, who have continued to beat numbers and raise profits are the ones who challenge their teams to transform. Many I see wait until they have no choice, they are brought into a company with the competition nipping at their heels or the board calling for more profits. The ones that succeed don’t hesitate to dive head-first into the tough conversations and make tough decisions while teaching and inspiring their team along the way.

* Asking for the unimaginable – A CEO I am executive coaching told his team recently to ask their teams for “$100 million” projects. This is a $500 million company. They are not a sinking ship by any stretch of the imagination. His goal is to make them even more profitable and position themselves well ahead of the competition, not just be the leader that they are. When he asked his team to present new product ideas, he received “$10 million dollars in 5 years” ideas. He had no qualms telling them that was ridiculous and to go back to ask for “$100 million” ideas, an unimaginable number for the organization. The CEO knows that for the culture to be great, he has to ask for his people to think and be great. He is forcing the crucible, knowing he will bear fine wine as a result.

* Expecting to be pushing more than listening – Nothing great comes from waiting. Someone has to push. Push themselves and others, hard. Listening is a foundation—to see the reality in the market and in the company. However, great teams come from being pushed by leaders who employees call “crazy” and “unrealistic.”

* Being mother, father, and best friend – Once entered, to make it through the crucible, great leaders find ways for people to be cared about, listened to and enjoy the journey. It is only the most flexible that can adapt to challenges you will face to get through to the other side.

Most teams would rather sing “Kumbaya,” pretend they are a team, and avoid facing the uncomfortable. To be the best, you have to look at yourself. What are our shortcomings? Where have we missed the mark? What do you and your team have to shed to get to the next level?

Having, and surviving, these tough conversations are the stress tests that teams need in order come out as the best teams, like the best grapes: stronger on the other side.