How to Get on “The List”: Moving up to the C-Suite

Every company has one. Even if it isn’t written down. It is a list of people who are promotable into top leadership roles. Having coached leaders around the world for 20 years, I have found these 3 ways to help you get on “the list.” 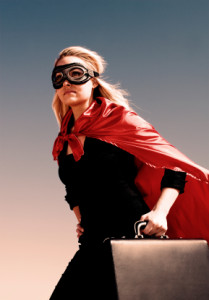 Don’t do things in personal and business life that would prevent you from getting on the list.

For example, in coaching the executive team at a multibillion dollar manufacturing company, the topic of succession came up. Who would take over if the CEO died? The best choice was a guy who had risen the ranks of the company. He knew the business inside and out. He was wildly popular, capable and very talented. But he was not put on the list. Why? He was a playboy. Everyone knew it. They didn’t want the company reputation ruined by his personal behavior. Remember, as you rise the ranks, it is not just your on the job behavior that is scrutinized.

2. Shut up and do something

Be proactive and figure out what needs to be done. And then do it.

Most leaders do a decent job for what they are asked, but not more. Then they expect to be promoted. They easily discuss and share their ‘brilliance’ into what senior leadership should be doing. Yet do nothing new or interesting. They complain to their peers about the mistakes made by others. But they don’t take any chances.

To get promoted, you need to act like you realize that you can be fired tomorrow and do something to prove your value. Consistently. The higher up you go, the more competition there is for positions. It is basic supply and demand. You need to be bold and take risks to stand out.

Let’s take Susan as an example. She was senior person in a corporate function of a Fortune 500 company based in NY. They were not seen as providing a lot of value by the executive team. I watched her closely as I was coaching her. She doesn’t say that much. But when she does, she makes it count. She takes time to listen to the executive team, understand their challenges and assess what they need. Then she suggests and takes practical steps to improve. She has done this time and again over the past 18 months and has transformed how the executive team views her functions reputation. She in now in the C Suite on the executive team.

The ones that get on the list are the ones that make stuff happen. They don’t sit around and wait to be told what to do.

You will not get on the list when you are focused more on yourself, your ideas. You need to focus on the larger team.

I am coaching a rising executive at Fortune 500 company in the Midwest who is really smart. She knows her stuff inside and out and can do everything better than the people who work w/her. But she can’t create buy-in with her team. She charges up the hill and looks back and they are eating lunch in the meadow. They say, you go up the hill. She hasn’t considered, engaged or invited them. They say ‘go do it on your own’. Not showing that she’s bringing the team along. She couldn’t rally the team. We helped her figure out how to listen more, and enlist her people to her vision. Now she has 2 of her 3 direct reports on her side, and the third identified as someone to get off the team because they can’t live up to the vision.

The bottom line is the bottom line. Be a respectable person. Make stuff happen. Focus on the team. Then, you will have a chance to get on “the list.”