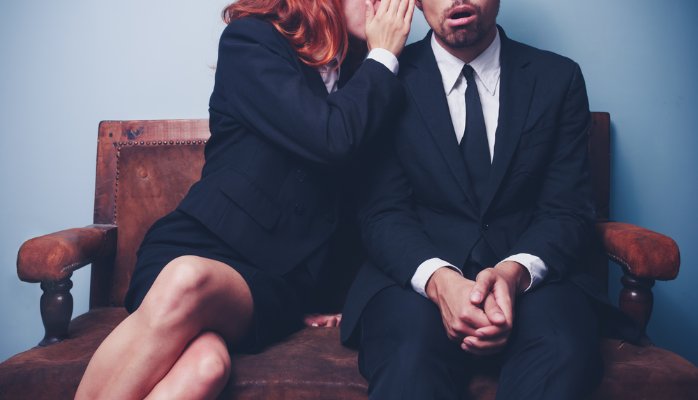 You sense something is wrong but you can’t put your finger on it. You know the team is stuck, and results are suffering. You hear people here and there talking badly about others.  You have subterranean conflict, conflict gone underground and causing a ripple through all that is going on. Here is what to do.

This 2 minute video is a quick summary of what to do, filmed right after a team breakthrough session to address subterranean conflict. More details on the steps to take to handle this kind of situation are below

The VP of sales in the situation of the video described it to me as “I sense murmurs and I want to address them somehow.”  In such situations, people are not asking for what they really want and need- maybe they are not mature enough to ask, maybe they have tried and have been rebuffed, maybe there a just a few people with bad attitudes fueling the fire. Their unmet requests play out in odd ways – he said/she said, complaints about others, and resentment building up between people and groups.

Your job as the leader is to be the excavator – like an archeologist searches for the truth – to dig down and discover out what is really happening.Taking the time to bring the whole team together and walk through issue by issue is ultimately what is needed.

However, once you open the issues to the light of day, the challenge is to prevent emotions from side tracking the conversation and ending up with more hurt and disruption. That is one of the reasons my firm is called in to help teams- the outside neutral expert – to facilitate forward movement.  We have seen this many times.

Here are 5 steps to walk through with any team to bring the problems to light in a productive manner:

1. Collect Point of Views (POV)- You have to find a way to collect everyone’s point of view.  A summary list of people’s thinking on what the issues are.  This way, you fully understand the scope of the issue, and at the end, everyone feels heard and is part of the solution. You can do it informally buy chatting with people, or more formally making sure you talk to everyone.

2. Share POV – This is the step many leaders get wrong.  After doing their ‘investigation’, they don’t share the whole picture that they found.  They instead share their conclusion. Or bits and pieces of what they found. Or “This is what I want you do to” The result is that some people feel slighted and not understood.  And there is no real resolution. the emotions are still there.Better to just paint the broad picture of “here are all the points of view.”

3. Review POV collectively – This is the most important step. After you paint the picture, work with the team to review and discuss the points of view.  The conflict exists because people aren’t talking directly to each other about the problems.  If you have a large team, split them up in to groups of 2-4 and have them discuss the main themes you heard, coming up with “the main issue” they see. Then share across groups.  The goal is to actually have the discussion that has not been had up until this point.

4. Actions – Once you have everything boiled down to a handful of main issues or causes, it is time for the team to start action to move forward.  Have people individually think about and talk about what actions they think need to be taken to resolve this issue.  This is the step where you as the leader need to use your judgment and guide the actions to things that make sense.

5. Hold team accountable – Now that the issues have been expressed, debated, and analyzed, and decisions were made about how to resolve the issue, hold your people accountable to following through.  Some of this may be done informally

Conflict that goes underground will stop your team cold in its tracks.  The only way  to survive is to shine a light on it and take responsibility, together to move forward.