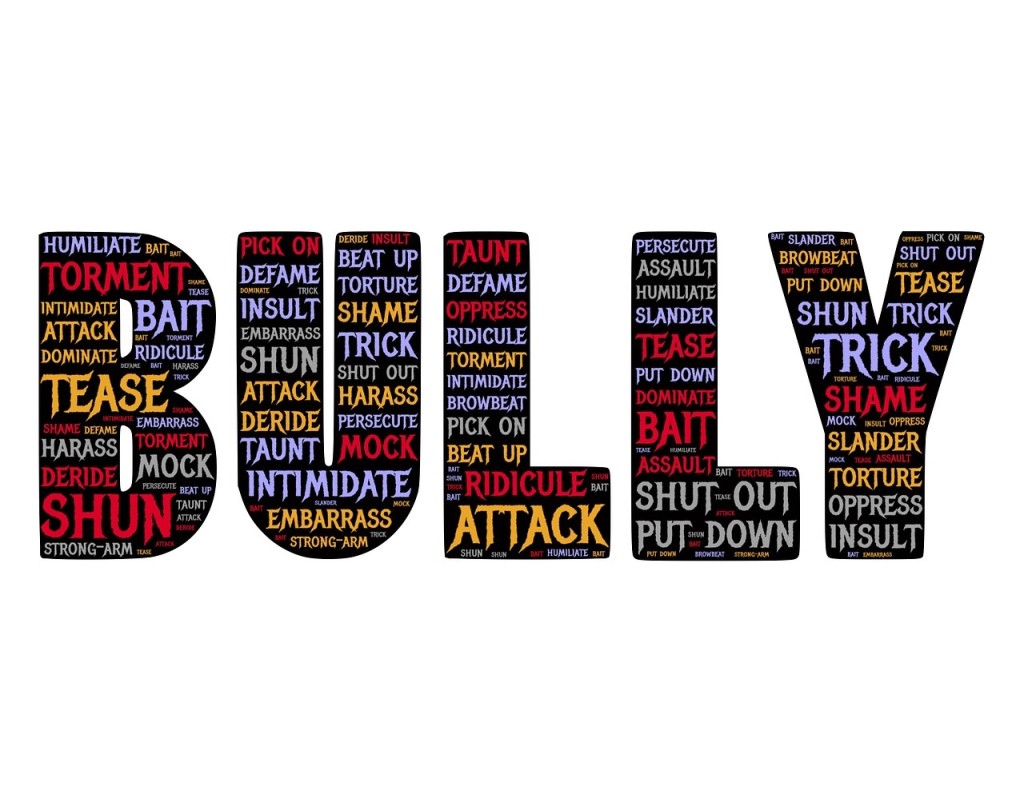 Her team members were seen crying in the bathroom. They wrote a letter of demands, like hostages, to the VP of Human Resources. And she had no idea that she was the problem.

This was 20 years ago and the first time I was asked to tell a Bully Boss that enough was enough.

When I talked to her team, it turned out, as is often the case, that they liked her in general. But it was just one thing she was doing that was really upsetting them. She wasn’t screaming at them. She wasn’t insulting them. It was less obvious than that.

When she had constructive feedback or corrections of mistakes to discuss, she walked over to the employee’s cube and told them. She meant nothing by it. In fact she thought it would make people more comfortable than inviting them into her office.

But the problem was that others around could hear the conversation. The employees were embarrassed. This one seemingly small thing, created a culture of fear, and rose to the level of derailing this leader’s career.

She knew her job, she was likeable. Her team was performing well. It was really this one small thing – giving feedback in public – which completely undermined her reputation and got her labeled as a bully. A key job of a leader is to guide the team to success. As the story above illustrates, unless you have created a trusting team spirit, where everyone is ‘all in’, then beware of giving negative feedback in front of others. It usually doesn’t work well. Make feedback personal – create a personal relationship with each team member based on knowing that you are there to support their success. Have an ongoing dialogue about their successes and areas to improve.

That was her one thing. But other leaders have their one small thing. The things may be different, but they all stem from same source: the perception of aggression. When aggressiveness is over the top – abusive yelling, name calling, ridiculing – then it is easy to spot and obvious to everyone. The challenge is that the line between assertiveness and aggressiveness is completely based on perception of the receiver of your behavior. Perceived aggressiveness can be anything from perception of tone of voice, word choice, body stance, personality, trust, competence, gender expectations, politics, and the past experiences of your employees.

Some other examples include:

* Challenging subordinates ideas – especially in front of others This is one I have seen dozens of times. You are at a team meeting and you ask for your team’s input. They give it. And you respond with some version of “that’s ridiculous.” You think nothing of it because you think “we’ve worked together for a long time, we have a good relationship.” Let me tell you -next time, before you respond – remember that you are not their friend, you are not their peer, you are not their spouse. You are their leader. With that leadership comes expectations of how people will be treated, which is with respect. For some people this one comment doesn’t matter. For others, their definition of respect is now violated. So when you tell someone on your team ‘that’s a ridiculous idea’, expect someone to feel hurt. They will mark it down on their list of times you didn’t value them. And it will increase the odds that they tell their colleagues and HR that you are a bully.

* Setting unreasonable time demands – consistently There are times when you need to push your team to produce quickly. However, when this is done every time all the time, you will be labeled a bully. One finance team we worked with consistently set unreasonable time demands- for their internal customers. This created great resentment and negativity towards the team. The leader was very bright and good at his job, but was in fact a bully, as he was doing this, not only with customers but with his employees plus yelling and name calling. Eventually someone spoke up. He was reassigned to a role with no team.

* Not giving credit to your team for their work/ideas – You forget to tell someone that “Josephina created that outstanding analysis”. Josephina hears it through the grape vine. She finds you overly aggressive. She then looks for data in all future interactions to support her conclusion – she catches you raising your voice. She sees you ignoring others idea. Guess what? You are a bully. That one time might the one time that Josephina decides

* Not smiling enough – A hard working, very talented leader who never smiled and never said “Good morning” to the team. Labeled as cold and heartless, this leader’s reputation was damage. Soon a discrimination charge was brewing. Until we brought the team together for team building. Her bully reputation began to melt away as the frown melted from her face. A small thing that made a big difference.

* Only giving negative feedback – Withholding positive feedback out of habit, because you don’t want to create expectations of a raise, or because you think they are hired to do a good job and don’t need praise for meeting expectations, will create the impression that you don’t like the employee. This is fertile ground for developing the reputation of a bully.

Over the years, coaching leaders who are called bullies, I have heard the many defenses:

– they are being oversensitive

– they are taking it out of context

– that is not what I meant

– I can never be good enough for them

These may all be true. But that is irrelevant. What matters is being aware of and managing perceptions.

Our firm has found that 80% of the perceived bullies we are asked to “fix”, can and do turn down their aggressiveness, once they “get it”. Once they get true feedback from people they work with, once they understand the impact they are having on others and the negative implication it is having on their career, they can and do change.

The other thing we have found is that the problem often is also larger than the “bully.” Organizations with bullies don’t have a team feedback loop mechanism – a way for leaders to get honest feedback. It is amazing how many times, when we ask the person who called us in to help “What did the leader say when they got the feedback that they were being too harsh?” – and we hear “No one has told them yet.” You mean it is going on for 3, 6, 12 months and no one – not even their boss or someone in HR has given them the feedback that their behavior is unacceptable?

When I spoke to this leader in the opening story, and she realized what was going on, she changed. At first she was surprised, defensive and upset. But once she knew specifically what to change, it was an easy change. This is many times the case.

The funny thing is – it is often the executive above the leader or the HR department – that is reluctant to give feedback to the person labeled a bully – yet these aggressive personalities often have no problem being confronted with feedback. They are used to confrontation, and take it as a sign of respect.

Maybe then, the one small thing that is creating the perception of a bully boss, is inability of people in the organization to speak up and tell the truth.