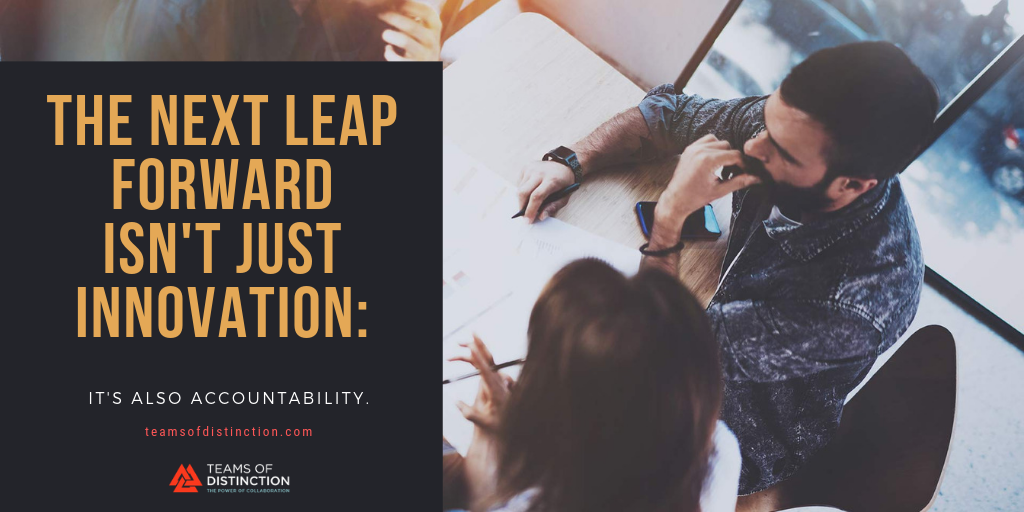 Teams of Distinction do not sit around waiting for orders at every turn. They develop a mind of their own; a mind that serves as a compass for what to do as they encounter unforeseen opportunities and challenges. Some people call this an “innovative” team, others an “empowered” team. We call it an accountable team.

We worked with a growing pharmaceutical research company. The management team was not mature in age or experience. We sat in on meetings where they would literally discuss eight different topics in 15 minutes. After the meetings, nothing happened. No one was clear about their responsibilities, goals, or direction. Everyone left feeling like these meetings were a waste of time — because they were! There was no accountability.

So, to help them get started, we implemented RACI charting with the team. RACI charting is a simple way to assign people accountability. For each major task/decision, the team defines:

In the next meetings, for each topic, we had the team to stop and ask these questions.

The resulting clarity unlocked the team’s power, improved the team’s morale, and got them moving forward quickly. You can easily do the same with your team and move forward to becoming a team of distinction.