All executives start off their year with the best intentions. “This year will be better.” “Our results will be higher.” They set annual goals. They coach their people periodically. They may even have an annual retreat to kick off the year. Yet they don’t leverage one key thing that Facebook does to ensure that their team turns their January dreams into a reality. 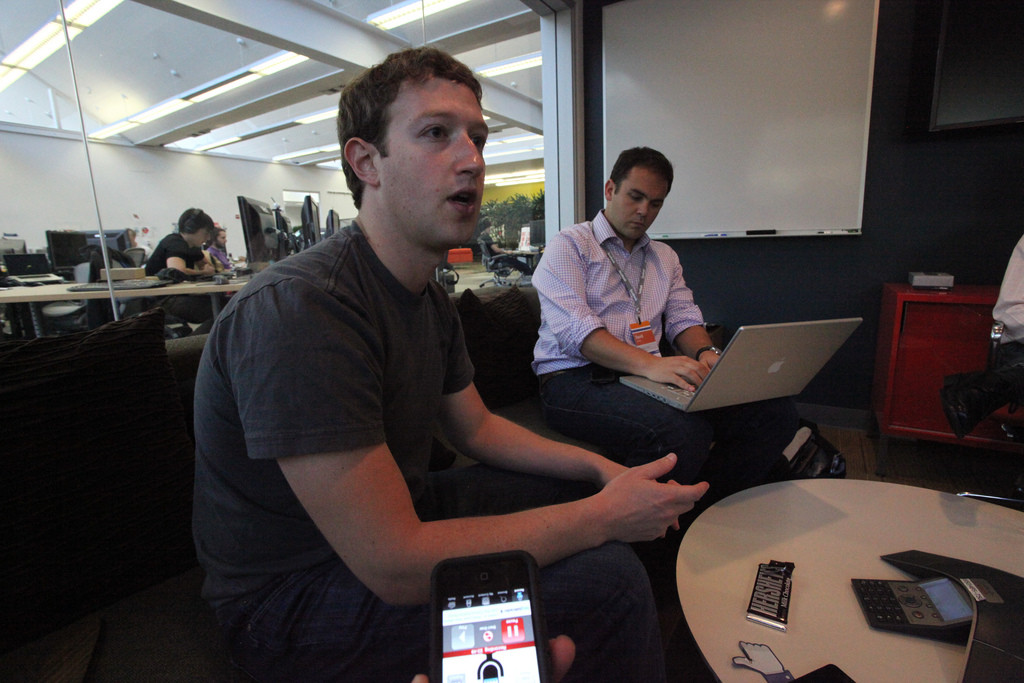 Most goals are set once at the beginning of the year. My experience with these annual goals at work is that they are subject to the same psychology as New Year’s resolutions. Only 8% of us will achieve our New Year’s resolutions. By the end of January, 35% have given up. By June, over half give up. Over half. Why? Because it is too hard to maintain without the push of New Year’s Eve. New Year’s is a strong psychological push to create a new you. It is the mark of time to reflect on where are you and where you want to be.

Why not leverage this same psychology to your advantage at work? Why not create rituals which force you and your team to reflect on where you are and where you want to be, more than once a year? Like Facebook does.

Leaders at Facebook split the year in half. There are 2 halves to the year. And as such they set goals for only 6 months.

Why not leverage this idea with your team? We use it with executive teams all the time. We have found these 3 simple steps to do as Facebook does:

1.Set aspirational ambitions, not goals – If you didn’t do this in January, do it now. Great leaders use a well-crafted aspirational ambition that fuels the ﬁre in the belly of the team. Mark Zuckerberg sets aspirational ambitions all the time. He talks about “the journey is 1% finished,” meaning that what they have done so far is a small percentage of what needs to be done. This is aspirational. He recently set his 10 year roadmap talking about specific aspirations for Artificial Intelligence and Virtual Reality. With the pace of change today, most leaders have moved away from 10-year goals. Yet Zuckerberg knows that aspirational ambitions set the bar high and give people the determination to prevail over all challenges. He knows a leader’s job is to push the team further than they think they can reach. It raises their team’s minds, hearts, and results by focusing on how they can excel.

2.Are we there yet? – Top teams are never satisfied with their progress. They are always asking “how can we do better?” That is the purpose of Facebook checking in with their teams every 6 months. Leverage this attitude with your team. A fun and productive way we do this with teams is through a debate. Have half your team take the position “we have achieved our ambition” and the other “we have not achieved it.” Let the debate begin. You will learn very clearly what is working and what needs to be improved to make your second half of the year successful.

3.Set a new aspirational ambition – After the debate, ask the team “What is THE ONE thing we need to focus on to excel.” The executive teams we work with choose one thing that seems small, yet for them it is the missing link to drive their team even higher. One chose to email each other every week with their top projects in order to increase collaboration. One chose creating a more can-do, accountable work culture. Another chose creating more work-life balance for themselves. And another chose being more positive in the face of a tough environment. These all seem like small, “soft issues.” Yet these are often the things that are blocking teams from excelling.

Many say performance evaluations are dead: “Who needs the paperwork?” “It’s a waste of time!” Facebook says the “the stories of performance management’s death are premature!” And then Facebook doubles down. Twice a year is even better than once.

So this month, before June is over, if you want to grow, innovate, and set new standards in your industry, do like Facebook leaders do. Reflect on the progress of your aspirations, and set new ambitions to point your team towards the stars.