When You’re Promoted to CEO, This Is the ONE Thing You Must Know for Leadership Success

Forget everything you have read about succeeding in a new leadership position. Forget about making the first 100 days a success. Forget about having the right team in place – that is not what is going to make you succeed. Forget about leveraging all that you know from your time in the industry. 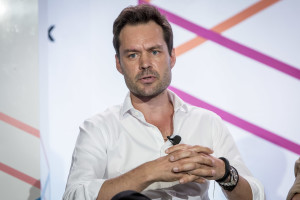 Forget all that because executive leadership is not that simple. It is not as simple as doing what you did in the last job to succeed in the new job. If it was as simple, I wouldn’t see so many people who were a divisional head become a CEO and all of a sudden not be able to get things going like they did before. Why is it that problems were solved straight away two months ago when you were VP of Sales, but now that you are EVP of sales things are moving so much slower?

I have seen these situations up close and personal many times over the past 15 years. And I have come to know that success at these top levels is not simple, and not prescriptive. It is in fact very personal. Let me explain.

When you reach the highest levels of any organization, you get there because you are smart and capable. You don’t get promoted to top executive roles if you are unable to accomplish things. But it is the same strengths that got you there that stop you from success. Yes, that is right. Your strengths are getting in the way.

Your strengths have enabled you not to have to worry about the opposite skill; you developed the yin, but now need the yang; you used your left brain, but now need more of your right; you depended on yourself to succeed, and now are reliant on others for success.

Whether you are leading a fast-growing start-up where you used to know everyone by name and now you can’t; or a midsize company you are promoted up to lead; or you are moved into a divisional president role, it’s the same thing. You need to develop the one skill that you don’t have! And for each executive, it is a different skill.

For example, Sam, CEO of a midsize technology company, called to ask for help soon after he was promoted to this new role. He has worked for this company in different roles for 6 years. Part of the reason that he has achieved this level of success is that he is smart and innovative. He is also an extroverted thinker with strong debating skills. He came up with great ideas and then could explain and defend his position to his superiors his peers and subordinates. This combination of smarts and communication enables him to get a lot done.

When he brought me in to help him succeed, he said he needed his team to be more innovative to support growth of this business. As I got to know Sam through discussions and feedback from his team, it became clear that his strength is now in his way to creating a high-performing team. He was so used to being THE innovator that he wasn’t quite sure how to get his team to be. He realized this and asked for help.

He began a new innovation initiative that brought forward the best ideas for growth. He started to know when he had to get out of the way and enable the team to collaborate and innovate. Through a few small adjustments to his behavior, meetings and communication process, his team now has a huge multi-million dollar new-product initiative on track.

While the changes were small, it was not always easy for Sam. He had to let go of being the smartest person in the room. He had to use willpower to close his mouth and open his ears. He had to sit in his office sometimes when he felt like running out to help his team. This all took work and personal development.

Sam is not alone. I have coached a lot of Sams. And still do. They get promoted because they have great ideas that they can implement, but as the CEO they need to grow and learn. Just when they think they have arrived, they realize they have only begun. The executives who know this one thing, that their weakness is the area they will now need to succeed, are the ones who succeed in this transition.

The good news is that based on my experience, I believe the odds are in your favor. I have found that all successful executives are learning machines. They became successful because they are curious and want to learn and become better each month.

If you have been promoted, you ARE already a learning machine and have what it takes to succeed. To succeed at this next level, you need to also:

* Let go of your confidence that you have arrived and remember that it was your ability to learn that got you here. Continue to focus on learning how to best lead in this position.

* Observe how your team is behaving. If they are not acting with a mind of their own, but rather waiting for you fix things or to lead them, you know that you need to change your approach to them.

* Don’t act on your desire to fix their problems. Set the vision, set the goals with them, and then let them come to you for help.

* Pay close attention to your executive team meetings. This is the place your team should be the most open, the most innovative, and take the most risk, as it should be the safest place to be their best. If not, look in the mirror and see what you are doing or not doing that is preventing this environment.