Why Elite Teams Reject Team Building But Are Its Best Candidates 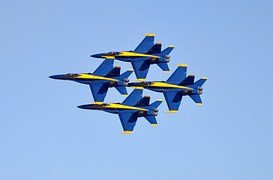 Conventional wisdom holds that weak teams are the ideal candidates for team building exercises and programs. But paradoxically, it is actually exceptional teams that benefit the most from this. How can that be?

Think of two groups of golfers. One is composed of beginners and the other of experts. They each get a training session. The former will learn some of the basics but the latter have the real opportunity to achieve a real breakthrough. They don’t have to dwell on the basics. The best players are focused on small adjustments to their game- some of it mental and some of it physical.

Teams are the same way. Elite teams have what we call “swing”: the near perfect synchronization of talented people unified towards a common mission. They know how to get results. They know how to collaborate. They work in unison supporting each other to excel. But like a great golfer, they are always looking for a tweak to their top performance to stay ahead of the pack. Plus, when that small tweak is for an executive at the top of the organization, it has multiplying affect throughout the organization.

For example, a CEO of a region of a multi billion dollar global company had surpassed all the goals for the year, and was ranked as the top region in the company. The initial assessment of the team, using a standard team assessment they liked showed “all is great”. Everyone was proud of the results, including of course the CEO. Conventional wisdom would say he didn’t need teambuilding. He was smart enough to know better. He asked us to come in for a team tune up.

When we spoke to the team members, everyone said some version of “yes, we are great but we can’t keep this pace up.” We brought them together and found out several seemingly small issues were killing them. They had not a moment to breathe week after week. Flying on Sunday and weekend emails were the top culprits. Everyone was suffering in silence. In fact, a few people had tried to tell the CEO but he disregarded it. Yes they were killing their numbers… but also killing themselves and their teams.

At first the CEO thought the team’s complaints meant that they were asking him to lower the goals. He was not willing to do that. His manager, the CEO of the corporation, was pushing him for even more results. But then the CEO had an epiphany. He began to see that that they could keep the new targets as long as they made a few small changes. He began to see they were asking for help. They agreed to fly, whenever possible, on Monday am, and only reply to emergencies on weekends if they received a text. They also made a few process changes.

The recognition and acceptance of the need for a few small tweaks helped them increase their reboot time, increase output and stay the top region year 2.

Was it just the changes to email procedure and travel schedule that made the difference? No. It was the opportunity to figure out this problem and solve it… together. This created a renewed sense of “we are in this game together”, a key element of creating internal combustion on a team to propel it to new heights.

This is one example of many – where elite teams make small tweaks to create huge payoffs. Our experience also tells us:

*Elite teams are more than co-workers Think of the military credo of no man left behind. Elite teams trust and treat each other more like good friends than co-workers. This trust is consciously built by the leader and the members. They know they succeed or fail together. This breaks tough love honesty and unwavering support of the team. Whole Foods knows this – that is why they require their teams to do off-site teambuilding, scheduled on their own time. As one team member put it “I’m much more likely to help a friend.”

*Elite teams go beyond individual goals. Business is not a game of cooperation unless you structure it as so. To get your high producing team even higher, move past individual goals to team goals. Most organizations measure people individually. This divides people. It is human nature to look after yourself. Even more of a problem is when you are operating in a cross functional matrixed organization. At the higher levels of a country or sub region, there is often no unifying team goal to reinforce collaboration. Each functional unit does it best to meet their goals. So when finance is at odds with operations, it becomes a battle of personalities and politics instead of opportunity to align for the common goal. And this trickles down throughout the functions.

This happened for a top team in Europe whose CEO had never set a team goal – just individual goals. He started complaining about the team slipping. Individuals not doing their part. He thought maybe it was cultural issues. Once we set a powerful, engaging team goal, everyone had a common focus, a higher purpose. Issues resolved themselves, individuals raised the bar. The lesson: set team goals and the individuals will work together to achieve it.

*Double motivation and results with an aspirational ambition – Elite teams are used to and willing to ratchet up the goals. Doing so is motivating. If the goals are set together, as a team, you will ignite the fire of internal combustion and results will explode. High performers teams are no stranger to pushing themselves. They thrive on it. When the team comes up with the goal together, they are united in mission critical thinking and are fired up to support each other in its success. Taking time to create a new ‘rally cry’ for the next quarter keeps the team focused and united to excel.

*Huge payoffs come from tweaking meetings. Most teams we work with ask us, at some point, to help them improve their team meetings. Meetings are often time drainers that are best examined twice a year to ensure the format is working to meet the goals of the leader and team members. Common problems are that they are leader focused, with leader dumping information; or too much time reporting out status. Using team meeting for members to bring their toughest problems to collaborate and share their success will skyrocket morale and results.

*A little unaddressed conflict kills. Disagreements, debate and charged conversations are all good. It drives top teams even higher. But when there is a lingering unaddressed issue, it zaps the teams focus. Taking the time to air issues and addressing them is critical to continue the climb of performance.

*Tweak contribution. The higher you go in the organization, the bigger the egos. This is not a bad thing. Secure, confident leaders are needed to excel. I was working with a top team at a Fortune 100 company – most had M.D’s and Ph.D’s from Harvard, MIT and the like. They were launching a key initiative and wanted to make sure they were at their best. I didn’t even realize how credentialed they were until I looked up their backgrounds after our work together. They were down to earth. But, each had to have the last word in their team meetings. The louder ones got the floor every time. And while they were still a top team, they discovered that this imbalance was preventing the team from the best input. From this small tweak of knowing when to shut up and make room for introverts/the quite ones, they reported a 2500% ROI from a team building event.

If your team is already at the top of its game, great! That means you are ripe for teambuilding to take your team to a whole new level.