Why Your Team Is an Optical Illusion

One of the reasons our mind gets fooled with optical illusions, like the picture below, is that there is a .1-second delay between seeing an object and your brain being able to decipher it. While that seems like a short time, it is enough time for your brain to fill in the blanks with what it thinks it sees. Even if it is not really there. 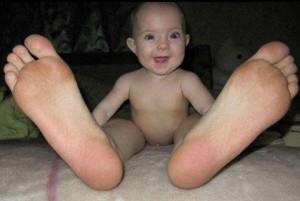 Many leaders do the same thing with their teams. When they look at the people who report to them, they fill in the blanks and believe they are a team. In reality the people they are looking at are not a team at all. They use faulty assumptions which lead them to making the conclusion: “I have a team.” Sometimes it goes into an even further delusion: “I have a good team,” or “I have a great team!”

I am not talking about the mundane comparison people bring up between a group and a team – that a group doesn’t share a common goal, but a team does.

It is much more than that. It is deep-rooted beliefs which prevent leaders from seeing what is in front of them, and sometimes from even creating a team. Fundamentally many teams are such in name only and their executives are under illusions which prevent them from acting in sync, as one, to win.

I have had a conversation over and over through the years with executives that still surprises me every time it happens. And it happened again today. I ask, “Do you have a high performing team?” The executive says “Yes.” I reply, “How do you know?” They invariably say, “Well, I have 4 high performers and 2 average performers.”

In this case, the executive does not have a team, but rather a collection of people working for him. If you are a golf team competing in a tournament, your team score is likely to be above average. But an executive who answers like this is making a deadly assumption that team results are cumulative.

Yes, you may have better results than if all were average. But, the power of a winning team occurs when the team is greater than the sum of its parts. It is when the team finds ways to leverage the unique talents of each other through open collaboration united by a mission that excites them all. They don’t need everyone to always be on top of the game because the team is more than the accumulation of the people.

The New England Patriots did such as 2 weeks ago with neither Tom Brady nor Rob Gronkowski playing. They won through a synchronicity of all parts operating as one, regardless of missing top high performers. That’s what high-performing teams do. They are greater than the sum of their parts, not an accumulation of the individual talents.

Illusion: Because we are friends, we are a team.

I was speaking to an executive coaching client yesterday about a workload challenge. He is done working 10 hours a day and weekends as he has done for 4 years. He is ready to balance his load and life. He is a member of the executive team that leads the organization and whose work is interrelated. I suggested he tell the leadership team about his new goal since their work is integrated so they could brainstorm ideas how to better balance the load. He said “Oh no. We are a committee not a team.” When I challenged him, he said “They won’t see it as a discussion about how to help me; they will take the conversation in another direction about workload and end up not helping me or even worse.”

That surprised me for 2 reasons: they are the top team of a company that is quite successful; and, more than that, the people on the team are all friendly, enjoy each other’s company, and have fun together. But that doesn’t hold water.

Having fun on a business trip does not correlate to trust in the office. It may increase the likelihood of more open communication but it does not mean people will bring up difficult, personal, and important issues to address.  Many teams seem like they are bonded, yet when it comes to the difficult conversations, they are missing the trust to bring up those conversations.

A true team needs to share the same values of openness, support, honesty, and pride in the team. From these shared values comes trust, which, as Ken Chanault, CEO of American Express, said “It is amazing what 2 people who really trust each other can accomplish!”

When there are personality clashes on teams, many leader’s minds default to their belief that it is “a personal thing.” Sometimes personalities on your team don’t mesh, which requires a shuffling of players. But sometimes mishandled issues of responsibility ooze into the public domain and only appear at first glance as “personal issues.” For example, a new executive at a Fortune 500 company inherited a leadership team with two key people that just appeared to “not get along.” The executive was getting feedback from his peers about it. They told him how these two were constantly arguing at cross-functional meetings about who should do what. He called our firm in to help.

It wasn’t until we put them all together that it became clear that the leader had not clearly defined roles. Also he had not done a good job at creating unified mission thinking. These two had separate ideas about the mission of the business team which was heavily influenced by their roles. As a result, the public battles occurred, which he and others interpreted as a personality clash. Once this was addressed, the conflict faded away.

Make sure you are clearly defining roles and a unifying mission. If not, superiors, peers, and subordinates will see the conflict play out in projects and meetings, it may be interpreted as “personality conflict.” It will also give your team get a bad reputation.

Rather than filling in the blanks of what you see, take time to do what great leaders do:

1. See the team as more than the talents of the individual people. Define what the overarching mission is, that everyone is contributing to, and focus fiercely on achieving that rather than the results of any individual.

2. Build trust by leading difficult conversations, not by simply going to the football game. Ask for and be open to the challenging topics, and address them directly and with sensitivity to show that your team is a place to bring up and address the tough topics that will make your team the best it can be.

3. When you see conflict in your team, assume at first it is goal conflict. Then, if the goals are aligned, assume it is role conflict. And if clarifying roles doesn’t pan out, address it as personality conflict and teach your team how to get along with different personalities.

To book a 15-minute free consultation with Lawrence to discuss how to elevate your team’s performance, click here.